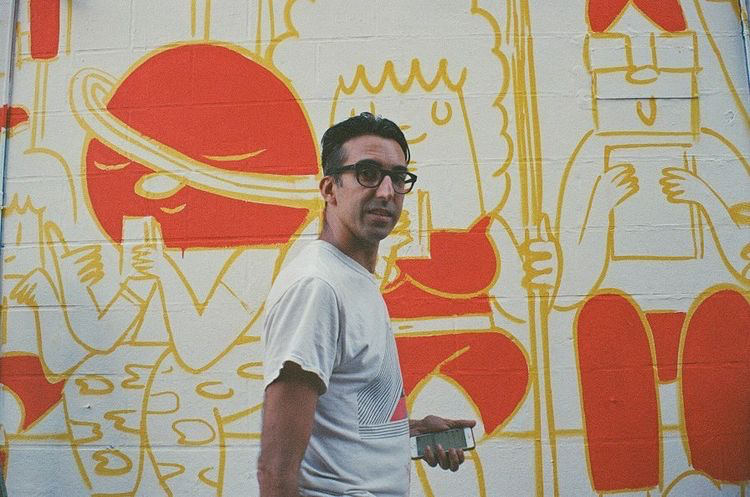 Sonni seeks simplicity through the use of primary colors and geometric shapes, which he uses to compose fun, cartoon characters. He employs a creative mix of absurd and surreal themes with visual puns, which, at first glance, seem straightforward in their message, but upon further observation, there are always hidden meanings.

For over 15 years, Sonni has painted murals and performed live across the globe. He has collaborated with creative brands like Google, Hello Kitty, Kiehls, YouTube, Coca-Cola, MTV, and Nickelodeon. Before moving to Miami to work as Senior Art Director at Friends With You, he worked in animation, illustration, and film production in Argentina. In 2011, Miami New Times recognized the two-story boombox Sonni painted on an abandoned building as the best public art during Art Basel week. With a resume of solo and group exhibitions in New York, San Francisco, Miami, Buenos Aires, Mexico City, and Seoul, Sonni’s works are sought after by collectors and art enthusiasts worldwide.